Bobbi Brown Says Mauve Is The Color For Fall 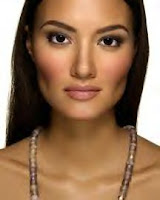 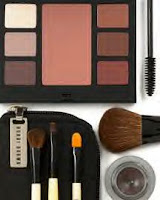 It's only mid July, and already, the makeup colors for fall are in the beauty headlines. We know that mauve is the 'it' color for the autumn season, because Bobbi Brown says so, and we trust her sharp eye.

We, here at http://www.beautytip.com/, love the Bobbi Brown makeup philosophy. And we are not alone. Women adore Bobbi Brown's no nonsense makeup routine, and her healthy, natural approach to looking good.

And as Bobbi would remind us all, try to be the best you can be. Don't try to look like someone else. When she was growing up, all-American model, Cheryl Tiegs, was Bobbi's beauty icon. Cheryl was tall, slender with blonde hair and blue eyes. Bobbi Brown looked nothing like her and was disappointed in not resembling Cheryl Tiegs, until she saw actress Ali MacGraw with her long dark hair and eyes. Bobbi then finally "saw the possibilty of my own beauty."
What's so special about mauve? Bobbi Brown says that mauve flatters all complexions. According to her website, the mauve look is designed around vintage-inspired hues with a modern twist."Influenced with hints of purple, gray, and brown, mauve makeup is a cool neutral that's very wearable," Bobbi explains.
The mauve look is soft and pretty. Nothing bright or harsh here. You won't look over-done.
You can buy the Bobbi Brown Mauve Look at Neiman Marcus stores ($173.00). Or you can check out the mauve collection makeup at http://www.bobbibrowncosmetics.com/.
In the kit, you receive:
Mauve Face Palette- 3 eye shadows, 1 blush, 3 lipsticks
Mini Brush Set- 3 small brushes to apply the mauve face palette
Black Mauve Shimmer Ink Long-Wear Gel Eyeliner
Short Handle Ultra Fine Eyeliner Brush
Black Everything Mascara
You can also purchase these makeup items separately.
Posted by J. Tania Stylianos at 11:23 AM