Padma Lakshmi Speaks Up For Women With Endometriosis 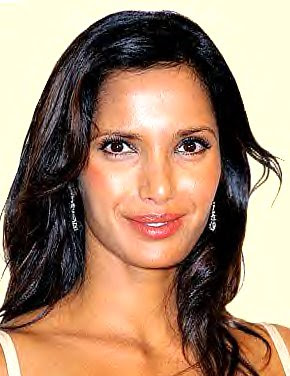 But the 38-year-old beauty is also a writer, model, actress, and great cook, among her many talents.

And now Padma is speaking out about endometriosis, a condition that affects many women who suffer from painful, heavy periods.

Padma Lakshmi recently underwent surgery for the condition, and she wants to assure women out there, that they are not alone, and that surgery can cure this common problem which a number of women face.

Endometriosis developes when tissues lining the uterus grow outside the uterus, resulting in painful menstrual cycles and uterine scarring. And this could lead to infertility.

Padma says it wasn't easy talking about such an intimate problem.

"It's a very personal issue," Padma told People Magazine. "It has to do with the most private aspect of a woman's life, and when I had to have surgery, I had to miss work and explain why. I just found that in talking to people, not many people knew what it was." "I just thought I had a responsibility to let other young women know so they wouldn't have to go through what I went though," she says. "If you get tested at an early age, it's very simple to be treated for it and it will save you from a lifetime of pain and stress."

Padma Lakshmi has joined ranks with Dr. Tamer Seckin, who treated Padma and with her also co-founded the Endometriosis Foundation of America.

Dr. Seckin and Padma will host the "Blossom Ball," their first fundraising event, on April 20 at New York's Prince George Ballroom.
Posted by J. Tania Stylianos at 11:40 AM

Padma is a great voice for this medical condition. I like when celebrities use their celebrity to make the world a better place. Hats off to you, Padma.