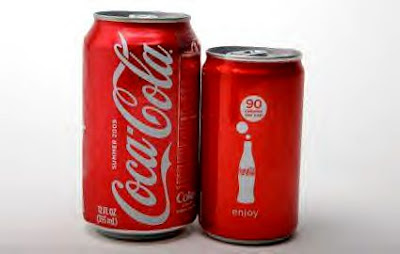 Have you noticed we've become a 100 Calorie snack world? It seems like more and more food and drinks are pre-portioned or pre-measured to keep us all on the straight and narrow diet path.

And now Coke is introducing 90 Calorie Mini Cans. A regular can of Coca-Cola contains 140 Calories.
These petite 7.5 oz. Coke cans will appear on store shelves by March. First, the cans will be rolled out in New York City and Washington, D.C. this December. Coca-Cola will also offer these mini soda cans for Fanta Orange, Sprite, Cherry Coca-Cola, and Barq's Root Beer.
Critics would argue that dieters are still loading up on sugar, which has little to offer in the way of nutrition. And others would say this does little to battle obesity problems, by putting bad stuff into smaller portions. But we have to disagree. Downsizing a snack can satisfy a craving and not derail your diet plan.
We applaud soda giant Coke, and all the other clever snack makers like Kraft/Nabisco, who stock shelves with petite or mini '100-Calorie Packs' of Oreos, Chips-Ahoy, and Cheese Nips, etc.
When you get a snack attack, you want to satisfy it. And when the snack is pre-portioned or pre-measured, then you eat what's in the bag or drink what's in the can, and that's it. Your limit is set for you, and if you follow it, the 100 Calorie Packs or drinks are great for the diet watcher. 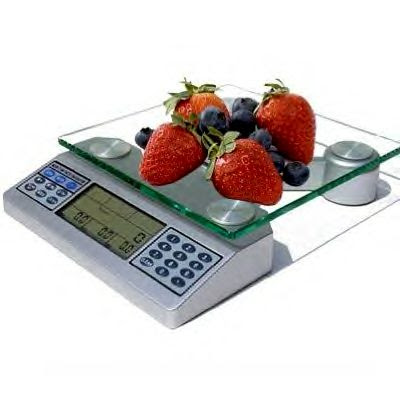 We found this excellent advice from Webmd.com:
"If you focus on the calorie count, it can make it much easier to chose a snack and much easier to stick to your diet, and you can't stray too far if you only allow yourself that 100-calorie limit," says Christine Gerbstadt, MD, RD, a spokeswoman for the American Dietetic Association.

And for those of you who would like to make your own mini 100 Calorie snacks, we've found a cool kitchen gadget that accurately and swiftly counts up what's in your snack assortment. It's called the EatSmart Digital Nutrtion Scale: Digital Food and Nutrient Calculator ($74.95, http://www.eatsmartproducts.com/). We found one for $69.95 + Free Shipping at Amazon.com.
According to the EatSmart makers:

" The EatSmart Digital Nutrition Scale analyzes the nutritional content of ANY food by portion size. The database stores the nutritional values for approximately 1,000 foods, which have been carefully selected to reflect fresh, whole foods Americans eat".

Keeping our waistlines in check, comes down to portion control. And we think the 100 Calorie snacks and the new 90 Calorie Mini Coke cans are a great skinny idea!
Posted by J. Tania Stylianos at 10:37 AM