Super Diet Pill Qnexa Could Get Approval By January 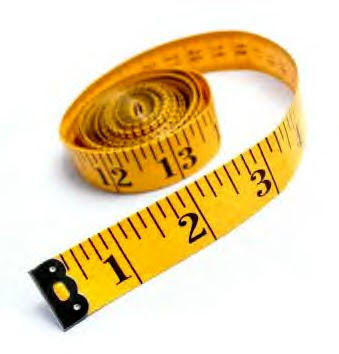 Hopefully, this time around. a super diet weight loss pill that works effectively and without serious side effects.

The pill is called Qnexa, and according to experts like Dr. Mitchel Roslin of Lenox Hill Hospital in New York City, "The results are impressive."

FDA approval could be coming by early 2010. So let's keep our fingers crossed for Qnexa, which is made by Vivus, Inc.

For many overweight or obese people, it's a daily struggle to eat properly, develop an exercise routine, and keep the weight off year after year. Most folks would choose a diet weight loss pill if given a choice. It's easy...you pop a pill, and hopefully, watch the lbs. disappear quickly.

What Qnexa appears to be very succesful at, is melting away weight steadily. According to researchers, taking Qnexa has resulted in an average weight loss of 30-37 lbs. over the course of a year. And here's another plus: Patients also reported lower blood pressure and blood sugar levels. The study involved some 3,750 overweight and obese people.

The only side effects that could develop were dry mouth, tingling in the fingers, constipation, and insomnia.

But what is very bizarre about Qnexa, are its ingredients. The diet weight loss pill is actually a combination of the obesity drug phentermine and the eplipsey drug topiramate. As you might recall, the Fen-Phen diet pill swept the nation in the early 1990's, but was soon taken off store shelves because of it dangerous side effects, like pulmonary hypertension and serious heart valve problems.

However, researchers have found, that a blending of phentermine and topiramate work safely and harmoniously together for weight loss.

We will be watching for the proposed debut of Qnexa. Plenty of questions still need to be answered,we are sure. But for the many obese people out there, the super diet weight loss pill would make life a whole lot easier when struggling to melt away the pounds.
Posted by J. Tania Stylianos at 11:23 AM

There's actually going to be three new pills that come out: Contrave from Orexigen, Lorcaserin hydrochloride from Arena Pharmaceuticals and Qnexa from Vivus.

I think Qnexa is getting the most attention because there were some pretty incredible results from the clincal trials (10-15% weight loss).

There is actually no promise that any of the three mentioned in the other comment will come out, they still have to 'pass' the FDA's rulings. Yes Qnexa has recieved some good results, but I would say the side effects where the least with Lorcaserin. The FDA will look long and deep with regards to this. There have been other diet pills on the chopping block as of late due to their side effects (acomplia was pulled from EU markets and taranabant was discountinued) Look to later 2010 for the final call from the FDA.

They have much more side effects than some other diet pills, for example. And this website also claims that they are dangerous.