Shame On Ralph Lauren For Admitting To Severely Photoshopping Model 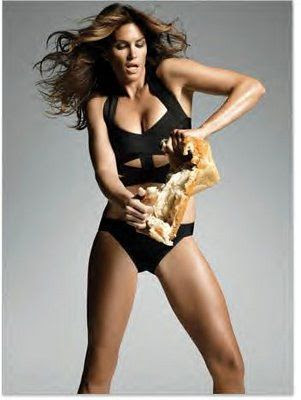 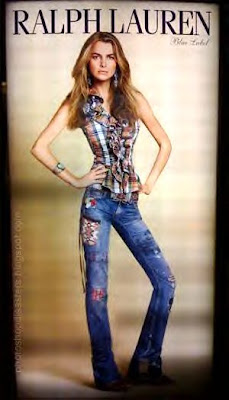 First, we want to congratulate legendary designer Ralph Lauren for admitting that his company was responsible for severly distorting a model's figure through photoshopping or retouching in a recent magazine advertisement.

Ralph Lauren has been honest, and wants to put this mini scandal behind him. But, we also say, "Shame on you, Mr. Lauren. You should know better."

We love the classic fashion of Ralph Lauren. But we were taken aback by his company's desire to severely re-touch a fashion print ad, so the model looks emaciated, or close to it. What's the appeal in such an image? Especially when the fashion industry has been hit hard with criticism for the past few years for featuring too, too skinny models.

Let's be frank here, models are very slender. But what is too slender? We believe. it is the Ralph Lauren photo.

We miss the days when the supermodels, like Cindy Crawford, ruled the runways and the body image standards. Cindy Crawford has gone on record several times to say she wore a size 6 and sometimes even a size 8 during her prime modeling years.

Cindy often said that she was much curvier and 'bigger' than her model colleagues. Naomi Campbell and Christy Turlington, for example, are size 4s. But at least, these tall women weren't size 2s or size zeros.

What is strange to the recent Ralph Lauren photoshopping scandal, are the true measurements of the model in question, Filippa Hamilton. According to a reliable fashion source, Filippa, actually wears a size 6, like Cindy Crawford.

We found our model stats through Fashion Model Directory. The website has lots and lots of information on models working here in the U.S. for top agencies. Go ahead....look up Cindy Crawford's measurements, and many other famous models.

So there you have it. You decide: Which model looks healthier?
Posted by J. Tania Stylianos at 11:35 AM

Thanks for your informative story here. This anorexic crap has to stop. That model looks so sick I could blow on her and she'd fall over.

Asize 2 on an almost 6 foot tall woman looks very unhealthy. I agree with your reporting here.

JTania...I just heard the model wasa fired by Ralph Lauren. She says because they told she was too fat! But Lauren's company says it was because she could not fullfill the contract obligations.