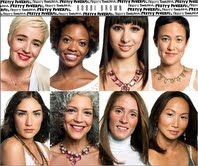 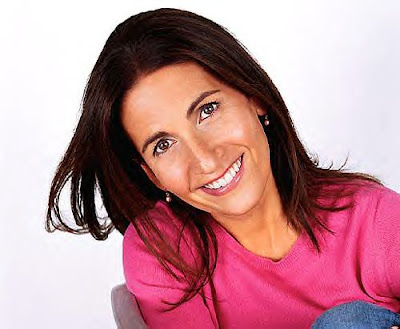 Makeup artist Bobbi Brown is on a new beauty mission this spring, and you can join in.

This time, the beloved artist has launched a new campaign 'Pretty Powerful' for her friends, and not the models she frequently applies makeup to. Bobbi Brown says her friends "are pretty to begin with, but with a few simple tweaks, they look their absolute most confident best---that's pretty powerful!"
Bobbi Brown isn't saying that women need makeup to be more powerful, but that cosmetics can take women to a higher level of self-assuredness and appeal.
"My mission has always been to give women the tools and skills to look and feel their absolute, most confident best. Which made me curious: How do YOU go from feeling pretty–to pretty powerful?"
"Enter my contest and show me your strongest makeup look and favorite beauty tips. Three of you will win a trip to New York City and get a personal makeup lesson from me. But right now, I want to learn from you. I can’t wait to see your video.”
The Pretty Powerful campaign features real women(top photo), or “Friends of Bobbi,” and their before/after photos, videos and testimonials as the main focus of the campaign, which you can see on BobbiBrownCosmetics.com/prettypowerful.
For Bobbi's video contest, she would like to hear how you go from Pretty to Powerful using Bobbi Brown Cosmetics. Now through February 9th, you are invited to share your transformative stories and tips by submitting videos. Fifteen finalists will be chosen.
In March, you can click on the gallery of Pretty Powerful videos and vote for your favorite at Pretty Powerful. And for every vote that is cast in the Pretty Powerful contest, Bobbi Brown will donate $1 to Dress for Success*, an organization that Bobbi adores, because it provides underprivileged women with interview suits and career advice.

We've always admired Bobbi Brown, not only for her makeup magic, but also for her beauty philosophy. Bobbi would remind us all, to try and be the best we can. In other words, don't try to look like someone else. When she was growing up, all-American model, Cheryl Tiegs, was Bobbi's beauty icon. Cheryl was tall, slender with blonde hair and blue eyes. Bobbi Brown looked nothing like her and was disappointed in not resembling Cheryl Tiegs, until she saw actress Ali MacGraw with her long dark hair and eyes. Bobbi then finally "saw the possibilty of my own beauty."