HAPPY HALLOWEEN!!!!!!!!!! And since it's a fun day, we thought we'd mess with the scandal everyone's buzzing about:

ABC's Dancing With The Stars 'weight' scandal won't go away. It's a menage a trois of sorts. There are basically three dancers involved, and some alleged hurtful comments being tossed around. And Maksim Chmerkovsky keeps adding more fuel to the fire.

A few weeks ago, TV Guide featured an article about the hit reality dancing show, and Maksim was quoted:

"When I first saw these women this season, I said, 'Guys, you know the camera adds 10 pounds. You have to do something about this."

The two attractive women dancers he was referring to, are Cheryl Burke and Lacey Schwimmer.

That started a nasty battle, and veteran dancer Cheryl Burke defended herself by saying she had only gained a few pounds and is a size 4. "I want kids or women out there to realize, you don't have to be anorexic to be beautiful," Cheryl told People magazine. And other media reports were swirling, saying that Cheryl was out partying too much over the summer and looked bloated. 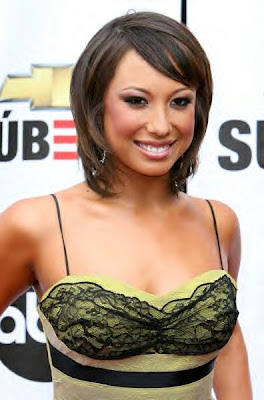 Today, Maksim has made his first comments since the scandal broke. And he tells People, he was misquoted and that he was talking generally about how "excess weight on the body takes its toll on the joints, the lower back," but insists he "never criticized Cheryl or Lacey."

Hmmm. Oh really? So how are things between him and Cheryl and Lacey?

"We're fine. I'm dancing with Cheryl next week," he says, while reinforcing that this is all a big misunderstanding.

"I do not condemn how people look," he says. "It's sad how all of this got spun." 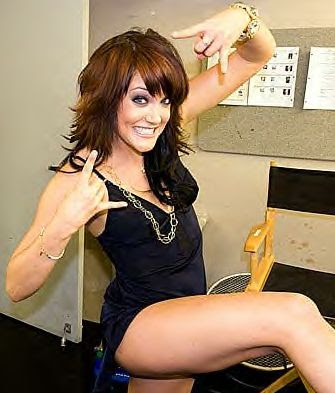 We don't know the full story here. All we know, is that dancers work incredibly hard and have beautifully toned muscles for all that effort. Dancers have regal postures and healthy physiques. Dancing is probably one of the best forms of exercise and art that one can do to build long, lean muscle.

We are certain that both Cheryl and Lacey are quite slender in person. They are not fat, and yet the camera is unforgiving for people on television. Yes, the camera can add 10 to 15 pounds, unfortunately. Those are the plain facts.

But what has become so sad in our society, is that people on television have become thinner and thinner. Extremely skinny. When we see an average-sized person on TV, he or she can appear to be much heavier in person, almost mammoth-sized, when in reality, they are not.

Moral of the story here.....if you are going to be on television regularly, then the pressure to look skinny, is that much stronger. You have to be ultra-thin in person just to look Hollywood-good on camera. And we're not sure that's a great lesson to be teaching our daughters and sons.
Posted by J. Tania Stylianos at 10:43 AM