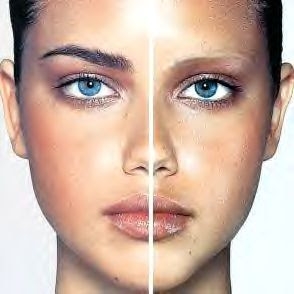 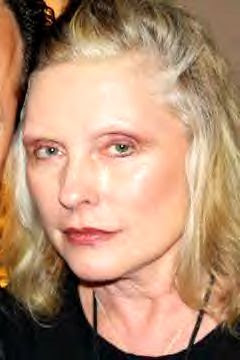 Ladies, rule number one: Just because you see it on the runway, doesn't mean it works here, in real life.

Sometimes designers push far beyond the normal fashion boundaries for 'cause and effect,' and high drama. And this new facial trend has been seen at the Givenchy, Prada, Armani, and Alexander McQueen shows.

The photo of gorgeous Victoria's Secret model Adriana Lima shows her before and after eyebrow photo. She still looks very pretty without brows, but looks almost lost or robotic and even sexless, as some critics are saying. Givenchy bleached Adriana's brows for their fall ad campaign.

And the second photo shows singer Deborah Harry of Blondie fame, with the same no brow tend.

We, here at BeautyTipToday.com, have written several articles on how to keep our eyebrows fuller and more natural.

We have told you time and time again, that too much plucking, will yield scraggly, thin brows, by the time you reach your mid-30s to early 40s.

And our makeup legend friend, Sandy Linter, has been blunt about the whole brow plucking issue. She says the biggest beauty mistake she sees, are women with too-thin eyebrows. According to Sandy, that ages a woman immediately.

The late Way Bandy, a famous makeup artist in the 1970s, used to say that eyebrows are a frame for the eyes. Way did not believe in a very thick or very dark brow because he claimed the frame should never over-power the picture, or eyes in this case. But we do not believe that Way would have favored women walking around town with the bleached 'no brow' eyebrow trend.

Some pros, however, give the look the green light. "It is a fantastic look," The New York Times quotes makeup artist Mindy Hall as saying. "On the right face, it's gorgeous. On the wrong face shape, it's not so ... You wouldn't use the word 'gorgeous' for it."

Certainly, not exactly gorgeous. Ladies, if you want to rock this brow-less look, please, whatever you do, do not pluck out all your eyebrows. Try bleaching. It can be 're-fixed' later.
Posted by J. Tania Stylianos at 10:16 AM

WTF!!!!
Ugly.
The whole concept.
I live in NYC + have seen this in a few places on both men + women.
Really freaky!

Deborah Harry, please leave the wilder makeup ttrends to the young. You look ridiculous my dear. Someone has to tell you.

If you're going blonde, lighten up the brows, not intensely, but at least make them dirty blonde. Otherwise you'll just look fake and horrible. Whenever I see ultra light blondes with dark eyebrows it always reminds me of the ghetto kids in school whose mom's would bleach their hair when they had lice because she didn't want to go out and buy lice shampoo for $20 when she could buy bleach for $8. Like I said, it looks cheap, and maybe a little dirty. But that's just my opinion, some people like the fake look.